Our goal is to provide you with a taste of what Union County Ohio has to offer!  Whether you're a current resident or looking to make the move to Union County, there's no shortage of things to do in this growing part of Ohio!

Marysville is the county seat of Union County and often a center for activities and events within the area.  We're here to help you explore the possibilities and look forward to answering your questions.

Lately I've been getting a lot of inquiries from home buyers who area very interested in purchasing homes that offer space or outright rural living.  The real estate world is ever-changing and there's definitely a lot more home buyers on the hunt for that extra acreage.  If you're in the market for a home in a rural area you can always stop by the page and check out what's available on easily searchable page.  Take a spin and see for yourself what properties are available for sale in Union County with Over 5 Acres.

Aldersgate Park, located in Marysville Ohio, was founded in 1998 and is comprised of approximately 14 acres.  There are 2 ponds, 2 separate playground areas, an elaborate treehouse basketball courts as well as a picnic area and wooded trails.   Located in between Memorial Gables Nursing Home & Rehabilitation and  the Green Pastures neighbor, located in East Marysville.   At one point in its history, Aldersgate Park was slated to be connected to a series of hiking/bike trails known as The Greenway Trails, though the current status of that project remains unknown.  If you’d like to know more about homes located in the area of Aldersgate Park Greg Watson is always glad to assist! 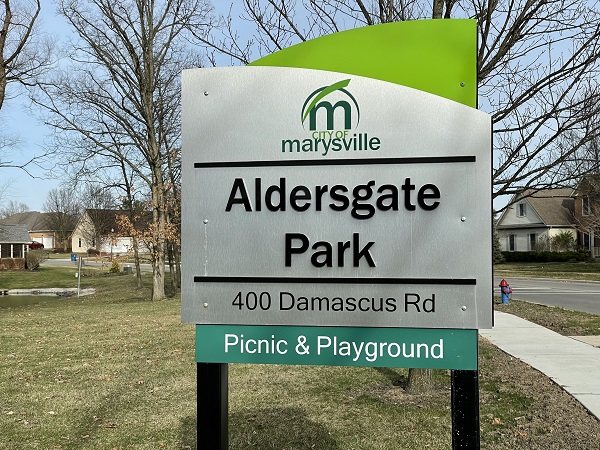 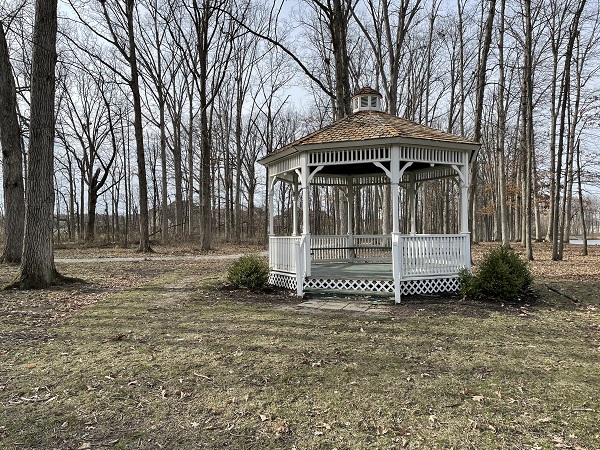 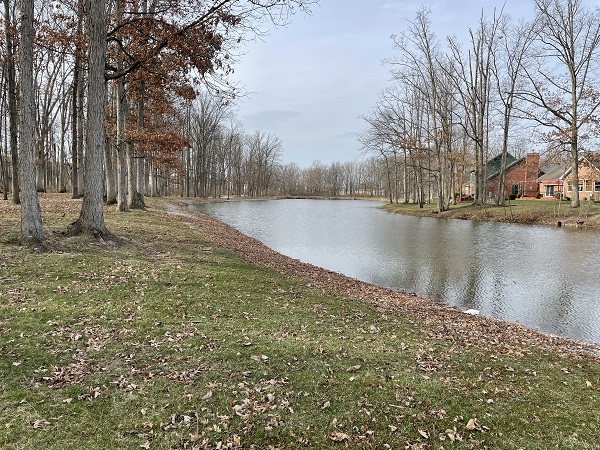 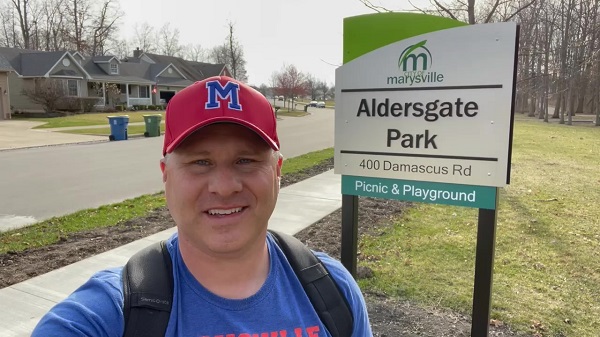 2020 was a wild year in real estate but 2021 said, "hold my beer."  At the time of this video there were less than 1000 single family homes for sale in the entire Central Ohio area!  There were only 33 available for sale in the Union County area!  If you have questions about the Central Ohio market or would like to view homes for sale in Union County, Greg Watson is glad to help!  You can peruse the available listings online or contact Greg anytime.

Posted in Market Updates
no comments yet

Eljer Park, located in Marysville Ohio, was named after and was the original site of the Eljer Plumbingware manufacturing facility from 1915-1987.  Brass plumbing hardware were manufactured at this site and the factory was a major employer (approximately 300 employees) in Marysville Ohio until its closure in 1987.

In 1993 the Ohio EPA declared the Eljer site a hazard and mandated that Eljer submit to a closure plan to remedy the issue of discarded foundry sand containing contaminants.

After negotiations and cleanup were completed the former Eljer manufacturing site was rededicated as Eljer Park by the City of Marysville in 1999.  It now stands as a fantastic 22 acre recreation area that includes a skate park, soccer fields, baseball diamonds (batting cage), walking paths, tennis courts, basketball courts and much more!

To find out about housing opportunities in Marysville near Eljer Park you can peruse our site or contact Greg Watson anytime.

Sledding at the Marysville Upground Reservoir

Perhaps the most fun one can have in the Union County area on a snow day; sledding at the Marysville Upground Reservoir!

This February we had the opportunity to enjoy the recreational experience of sledding at the reservoir.  The outing was the very first for my kids on a big hill and they had a great time!  Overall we couldn't have asked for a better atmosphere.  There was fresh snow, the parking lot was cleared for residents to easily maneuver and the crowd at the reservoir was respectful and fun.  If you or anyone else have questions about amenities or housing in the Union County area I welcome the opportunity to provide answers.  Thanks for checking out our page and videos!

One of the best parts about the low mortgage interest rates for existing home owners is that it's providing owners the ability to refinance to a lower rate and save cash by reducing their monthly payments!

There are some excellent options available in the Central Ohio market right now for refinancing but it's important to know that not all lenders are created equal.  Some lenders charge higher fees and have higher interest rates than others.  It's also important to know the value of your home and what exactly you hope to achieve before you embark on the refinancing process.

If you're considering a sale, purchase or refinance feel free to reach out anytime and I'll be happy to answer your questions and get your headed in the right direction!

Often times when a buyer enters into an agreement to purchase real estate a mortgage needs to be obtained by that buyer in order to purchase the subject property.  It's a typical part of the mortgage approval process for an appraisal to be conducted prior to finalizing a sale so that the lender can be assured that the subject property meets the value required by the terms of the mortgage.  In a competitive real estate market buyers may agree to a price that does not match what an independent appraiser deems to be a Fair Market Value.  If the Fair Market Value of the subject property is determined to be less than the agreed upon purchase price this is what's commonly called a Short Appraisal.

If a Short Appraisal issue arises during the course of your transaction a lot of different things could occur (not all of them good).  If you're buying real estate in a competitive market you'll want to consult your agent and determine what course is best for you given the circumstances.

Did you know that it's possible to keep cash in your own pocket by financing your land purchase as well as the building of a new home?  There are conventional loan products available in today's real estate market that will allow buyers to purchase both their land and then build their new home - keeping your down payment low and more money in your pocket!  Like anything else there are some details to be sure to cover but this is a fantastic option for home buyers in a low-inventory market.  One such lender, Home Savings Bank, offers a loan product that only requires one closing for the land and the new home.

As monitored video security systems have become more affordable, more and more home owners have taken advantage and purchased these high-tech surveillance systems in an attempt to monitor their homes.  What many home owners don't know is that if you're recording conversations without the consent of one of the parties being recorded then you could be breaking Ohio law.

Audio recordings have stricter requirements.  Under Ohio law, in order to make a legal audio recording, at least one person being recorded must consent to being recorded.  For a seller to use surveillance equipment to audio record conversations during a showing of their property, one of the individuals at the showing would have to consent to the recording.  For a typical showing this would be either the buyer or the buyer's agent.  For the seller, merely knowing about the audio recording would not be sufficient since the seller isn't typically present during showings, and therefore would is not party to the recorded conversation.  Violations of the above provisions are considered a 4th degree felony under Ohio law.

Be very careful when using your surveillance equipment during the course of any real estate showings and consult your Realtor for guidance.

Posted in Real Estate - Good to Know
no comments yet

2017 was hottest housing market in history for central Ohio

There were 32,218 homes and condos sold in central Ohio in 2017, which is 1.7 percent higher than 2016 and the highest number of homes sold on record for a single year, according to the Columbus REALTORS® Multiple Listing Service.

During the month of December, the average sales price of a home ($214,735) was 10.0 percent higher than the same month a year ago.

“The healthy economy of 2017 clearly produced many buyers who were persistent in the pursuit of home ownership,” said 2018 Columbus REALTORS® President Sara Walsh.

“Sales prices have continued to steadily inch up month after month, leaving us with one of the strongest housing markets on record.”

There were 1,493 central Ohio homes and condos listed during the month of December, a 1.2 percent increase over the same month a year ago, although a 29 percent drop from November.

The resulting inventory of homes for sale at the end of December was 3,876, which is 16 percent lower than November and the lowest on record in over 20 years. This marks the 83rd consecutive month of year over year declines in inventory.

The declines in inventory left central Ohio with a 1.4 months supply of inventory at the current sales pace, which is another all-time low. This means that, if no more homes were added to the market, it would take less than 1.5 months to sell all the homes and condos currently for sale in central Ohio. (A balanced market is usually around 6.5 months supply.)

“It’s not unusual for listings to taper off during the holidays,” Walsh said. “We’ll begin to see an uptick as spring approaches, if not sooner.”

Given the shortage of inventory, it comes as no surprise that homes sold more quickly in 2017. On average, homes spent only 35 days on the market last year which was 11 days fewer than 2016.

“More sellers should feel ready and eager to list in 2018,” adds Walsh. “Economic indicators such as unemployment rates and consumer confidence are at healthy levels, and sellers currently hold the keys in the buyer-seller relationship.”

When asked how they think residential real estate will perform in 2018, 50 percent of respondents believe it will improve at a moderate to fast rate, 40 percent think the market will continue at its current rate, and 10 percent believe we’ll see a moderate slowdown.